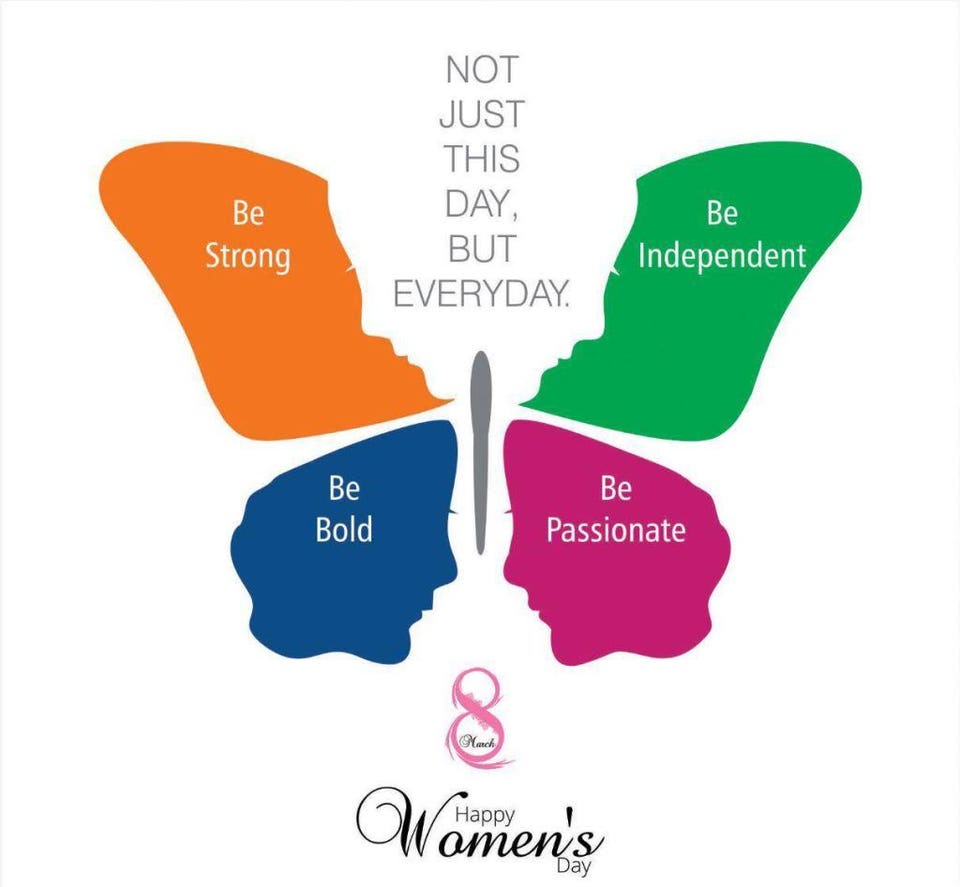 Celebrated each year on March 8, International Women's Day commemorates the movement for women's rights and celebrates the political, cultural, social, and economic achievements of women. It is also a day to continue fighting for gender equality: for equal pay and work opportunities for women, and for equality in access to education and healthcare worldwide. It is also a day to work to eradicate violence against women. It is celebrated around the world and supported by various groups. Small and large gatherings and conferences take place. It is a day of celebration, but also a day of taking new initiatives and action.
In 1908, the streets of New York City were filled with 15,000 women marching for better pay, shorter hours, and voting rights. The first "National Woman's Day" was held on Sunday, February 29, 1909, in New York City, being organized by the Socialist Party of America; it was celebrated as such in the United States until 1913. The International Woman's Conference was held in August 1910 in Copenhagen, Denmark, prior to the general meeting of the Socialist Second International. Delegates of 100 women from 17 countries established International Women's Day as a way to promote equal rights such as suffrage. On March 19, 1911, Austria, Denmark, Germany, and Switzerland celebrated the day. It began being celebrated in many countries during March. During these early years, countries used it as a day to demonstrate for the right to vote, to hold office, and against sex discrimination in employment. Following the tragedy of the Triangle Shirtwaist Factory fire, a lot of focus in the United States was on working conditions and labor legislation. It wasn't until 1914 that the day was universally celebrated on March 8. Demonstrations in March 1917 in Russia helped spark their Revolution. Nicholas II abdicated the throne, and a provisional government gave women the right to vote. International Women's Day became an official holiday after the October Bolshevik Revolution.
The day was mainly celebrated by socialist and communist countries during the middle years of the twentieth century until it was observed by the United Nations in 1975. The United Nations also observed the whole year of 1975 as International Women's Year. In 1977, the United Nations General Assembly invited member states to make proclamations in their country declaring March 8 the United Nations Day For Women's Rights and International Peace. Each year since 1996 the United Nations focuses on a different theme. Other groups that celebrate the day have also focused on different themes.
Today it is an official holiday in many countries around the world. In many other countries, it is not a public holiday but is widely celebrated. It is not officially recognized in the United States, although Congress has been lobbied, and a resolution was introduced in 1994 but was not adopted. Besides various gatherings and events that take place around the world, it is celebrated on a more familial level as well. In many countries, men give flowers or small gifts to women in their lives. In some countries, it is celebrated like Mother's Day, and children give gifts to mothers and grandmothers. Some countries have more specific traditions as well. For example, in Italy yellow mimosas are given to women on the day.
The day could be celebrated by seeing what the United Nations theme for the day is, (The theme for International Women’s Day (8 March) 2020 is, I am Generation Equality: Realizing Women’s Rights.) and by even attending the event they host each year. You could also search for other events taking place around the world. You could plan your own event, and enter into a best practice competition where you document your activities for the day. If you are a teacher you could celebrate the day in your classroom. Gifts can be given just as they are in many countries around the world. More information can be found on the days' unofficial Facebook page.