What do you know about Diabetes? 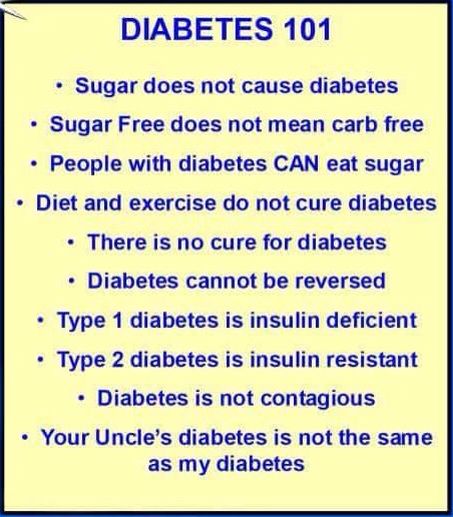 Mine is Type 2 and came on late in my 40's early 50's. Part of the reason I am a diabetic has to do with 50 pounds I gained over a year putting me into the obese and morbidly obese categories in a hurry.

Fat impairs the ability of your pancreas to produce insulin and the fatter you get the more that ability is hampered. While it can't be cured it can be handled with a few diet and lifestyle changes.

Just another reason exercise is good for you. As for me, it took me a long while to accept my condition and start to make changes to reduce its impact. In fact, it wasn't until someone told me that some of the issues I was having with my eyes were due to diabetes, few things bring me as much joy as being able to read does and I refuse to give it up. Thus the recent changes in diet and working on being more active.

For those of you who aren't here yet, I have included a list below of the most common symptoms, if you have any three get checked for diabetes ASAP. It doesn't just affect your eyes but lots of other things too. You can find out more at WebMD