that a groundhog can predict how much longer winter will last?

I know you are seeing groundhog day stories all over the place so I'll try not to bore you. 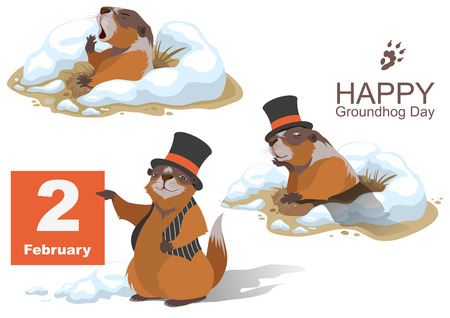 I don't know about that but this is still a very important day. It marks the midway point between Winter Solstice and the Spring Equinox. What that means in layman's terms is that we are at the point where winter starts to give way to spring. In the Pagan tradition, it is called Imbolc (lamb's milk) or Brigantia (goddess of light). The Christian Church calls it Candlemas. All of those things have a common denominator they all celebrate the return of the sun after it's winter hibernation.

So where did this groundhog come from? Well historically in Europe they used bears or badgers but when they got here they were hard to find but there were tons of groundhogs or woodchucks as they otherwise known so they switched to them.

The saying is "“If he sees his shadow, we’ll have six more weeks of winter; if he doesn’t, it’ll be six weeks till spring”".

Let's take a look at that it basically says the same thing twice; in six more weeks the snow will be gone and it will be Spring Equinox or basically the beginning of Spring. You know until today I hadn't realized that; just goes to show how hype skews our brains. So that's the quick story of groundhog day. BTW the accuracy of the groundhog prediction sits at about 36% so you can't really depend on him to tell the truth.

You can read more about this charming tradition at the Old Farmers Almanac, which is where I found all this stuff out.