Cooking Day Part 4- Putting away the rest for later

I haven't done this yet, it is not that I haven't looked into it I have but I don't have any of the tools they use in the recipes. While a dehydrator and a canning set would be great I just can't afford them.

There are other ways to do the dehydrating at least but without the canning kettle I will not can anything in case I do it wrong. Truth is if you do it wrong you can end up really sick or dead, I'm sick enough and I'm not ready to pass beyond the veil just yet.

The other reason I haven't done this for the brussels sprouts anyway is that I used up all the ones I bought and apparently they aren't in season here because they were nearly $4 a pound at the grocery store.

Brussels Sprouts can be frozen easily enough, I know that because I bought a bag of frozen ones when I went shopping. I went looking for an explanation as to how this might be done even though I didn't have any and I already had a bag frozen. I came across a blog called The Kitchen Whisperer. She even had a couple of recipes on that page that looked interesting though I can't do the bacon wrapped one (yum) because of the candied part of the recipe.

When I went looking for directions on how to can grapefruit what I found was mainly about the zest and the juice, not the pulp part. About the most popular way to preserve grapefruit is to make it into marmalade which sounds good but still needs a canning kit to do properly. Another option is to dehydrate them. I found this recipe for Dried Grapefruit at Kumquat that looks pretty good and she even has some suggestions on how to use them.

I am going to try the oven drying for the grapefruit within the next few days and I'll share the photos with you when I've done it.

Since I don't have any photos this time around I thought I'd share the picture page I finished yesterday. 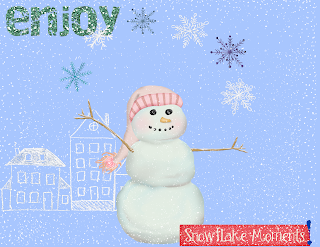