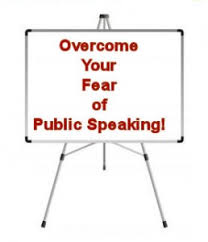 Daniel Webster remarked, “If all my possessions and powers were to be taken from me with one exception, and I could choose that exception, I would choose to keep the power of speech, for by it I could soon recover all the rest.”
The task for any speaker is to deliver the message. If speakers are unable to articulate their messages, the intended conveyance of information catastrophically fails.
William Shakespeare said, “Mend your speech a little, lest you mar your fortunes.”
Articulate communication is one of the greatest tribulations afflicting society today. Articulate communication can be defined as the ability to express oneself in a clear and concise manner.
Misunderstanding can occur with both the spoken and the written word. It is possible to correct both, but it is more difficult and more embarrassing to correct the spoken word. Prudence is cardinal when conversing. Misunderstandings crop up when words are used imprecisely or are organized chaotically
The media is often negligent with their words. Journalists, bloggers, authors and speakers – all who are highly trained professionals often appear as amateur communicators. One only needs to scan the headlines of newspapers and blogs or read the titles of some books. These headlines and titles are often lead readers astray.
It is of paramount importance to exercise diligence in our speech, lest we create confusion and misunderstanding.
Writing and making speeches is very personal – no two speakers are alike. Trying to imitate the style of another is an exercise in futility. It is impossible to recreate another person's style of speech, execution and influence. The ancient adage “imitation is the sincerest form of flattery” is catastrophic in this case.
Speaking and writing are alike in many respects; both involve creative use of words. Rudyard Kipling, when asked about the secret of successful writing, said: “I keep six honest seeing men; they taught me all I know; their names are What, and Why, and When, and How, and Where, and Who.”
A well-written speech should strive to address those “six honest seeing men”

Along with getting my nose pierced, I thought I would go to a Toastmaster meeting to check it out again. They meet on Wednesdays at the Lion's Club. Unfortunately, they don't meet again until September so I'm putting it in my plans for that month in the meantime I'm going to read the books I have on story-telling.