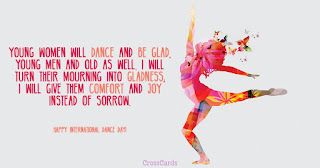 I used to love to dance... for so long it was one of the only things that made me smile but one day I had a flashback to an event in my childhood that took away all that joy.

It is something I wish I could forget again so that I can enjoy dancing again. I miss that simple joy. Every time I start to enjoy moving to the music the memory comes back and I lose it again. It makes me very sad.

Once when I was about six I saw a ballet on TV. It captured me & I watched the whole thing. The next day I went to school and I tried to dance like they did with the shadows from some big old trees. When I had finished I became aware that my school mates and teachers had been watching and they all had big smiles and clapped for me. Sounds great right! It was right up until I fell ill with the chicken pox a few days later. The fever dreams twisted that image of positive reinforcement into a nightmare of catcalls and sarcastic laughter ruining everything I had gained.

I still danced as the years went by but it was always in a group, I could never dance alone again. I do not know what triggered the flashback, I was in my mid 30's that much I remember because it was after that, that I refused to go dancing with the Professor and to consider doing it on my own terrified me. As I unravelled what had actually happened from the nightmare I thought finally I can dance again. I have never been able to, every time I try any sign of approval sends me running and hiding again despite the knowledge that it isn't true, that nightmare isn't true. Any sign of approval gets me to thinking, they don't mean it they are laughing at me and I stop.

I don't dance anymore except when the music takes me and I can forget for a little while. You know what I mean that song that gets you up on your feet and moving despite everything. That is the only time I can dance but afterwards, I remember again and I don't play that song for months or sometimes years.

I wish ... I wish many things but mostly I wish to feel that joy, that easy childish joy again. That I could dance every day and not think about it at all. 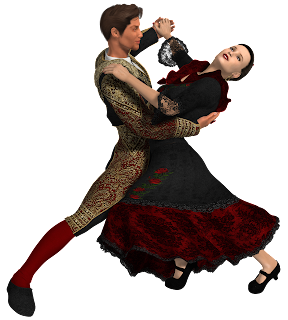